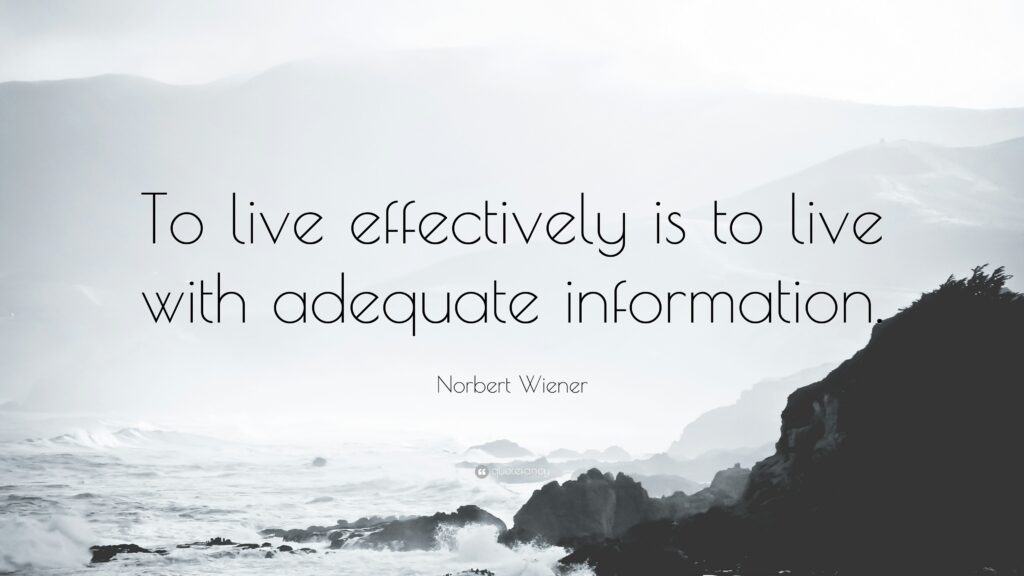 Norbert Wiener coined the term cybernetics, concerned with control and communication in living things and machines. Cybernetics involves several disciplines, including control theory, information theory, systems theory, and robotics. However, Ashby’s simple law of requisite variety is the first and most important idea.

To deal effectively with the problems the world throws at you, you need to have a big enough toolkit that allows you to deal with the challenges you face.

In short but somewhat obscurely:

One appealing aspect of cybernetics is its refusal to accept discipline boundaries. If your study area involves systems, regulation, or control, it is fundamentally cybernetic and must obey basic scientific principles. We can view science as a cybernetic induction system. One of the issues with cybernetics is the potential for misuse by the military and other organisations. Wiener declared that following Hiroshima and Nagasaki, he had stopped providing information to people who might abuse it in this way.

The current issues of abuse of AI include surveillance and control facilitated by large companies and the internet of things. Cybernetics concerns communication and control, but the word “control” here means something entirely different from the coercive force exercised by sociopaths and dictators.